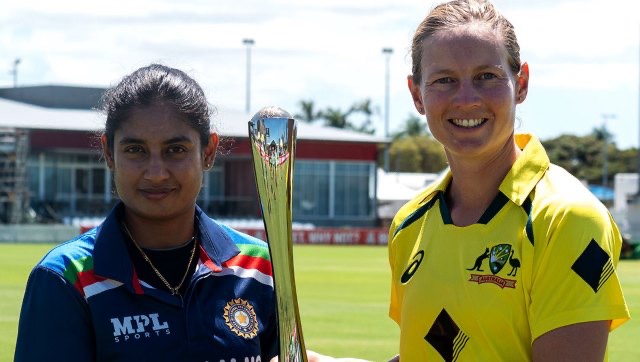 The Indian team was batting first and got to a good start within the powerplay. when Smrithi Mandhana and Shafali Verma played aggressively and got the team going at a good rate, with Shafali tried to continue being Aggresive she got out in the 12th over with Scoring 22 runs with help of 4 boundaries.

The Indian team wasn’t in a spot of bother till then but Mithali Raj who had come in at number 3 had a short stay at the crease and got run out unfortunately, after scoring only 8 runs that began to rise some tension in the Indian team and they lost the 3rd wicket too within 8 overs to 74/0 to 95/3 now the Team was under some pressure as wickets falling continuously.

Smriti Mandhana and Richa Ghosh then got things going with a valuable partnership in the middle with a 76 run partnership and giving the much-needed runs in the middle for Team India, Mandhana got out on 86 missing out on her well deserved century but got the job done for her team and they finished of well with scoring quick runs in the back end of the innings.

Tahila Mcgrath and Sophie Molineux were the pick of Australian Bowler with (3) and (2) wickets each to their name, when the Australian team came to chase this Target of 275 runs things didn’t seem easy for them when they lost their inform opener heavy out for Duck and then they lost three more quick wickets with their main players Lanning, Perry and Gardner getting out in quick succession which raised the tension in the camp of Australian team but,

Beth Mooney formed an impressive partnership with the All rounder Tahila Mcgrath with both of them taking the team’s score from 52/4 to 178/4 but Mcgrath departed soon after which again raised the tension for Australia, But Mooney came all guns blazing with scoring a century and taking her team to a victory along with a partnership with Nicola Carey and thanks to 2 No-Balls in the last over by Jhulan Goswami giving Australia the Win.

You Won’t Belive What The Classmates Of These Bollywood Celebrities Confessed...

Movies You Need To Watch Before You Die

What Are the Associated Health Risks of Using an Old Mattress?