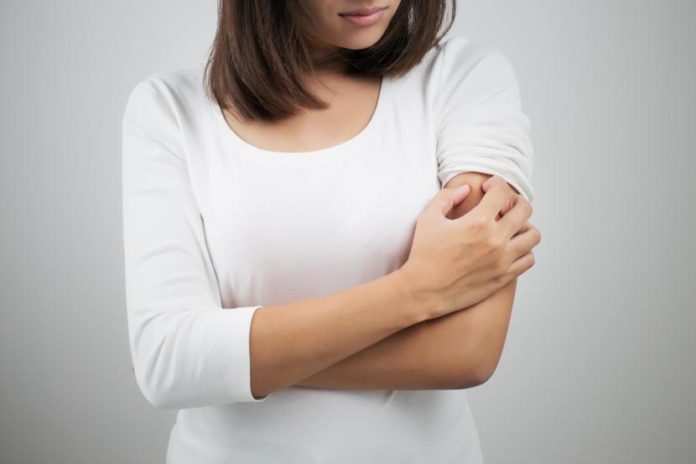 Fungal infections are the most common conditions affecting the skin. Fungal skin infections occur due to attacks by different types of fungi on the skin and are a common cause of itchy skin. Fungi invade and thrive in dead keratin which is a protein that builds up our skin, hair and nails.

A fungus is an embryonic organism. Mushrooms, mold and mildew are all examples of fungus. Fungi thrive in air, soil, on plants and in water. Some also live in the human body. While the term fungus may ring alarm bells for most of us, the truth is that only about half of all types of fungi are harmful.

Some fungi reproduce through tiny spores in the air. Humans can inhale the spores and hence get contracted with fungal infections. Fungal infections most often begin to manifest in the lungs or on the skin. Weakened immune system or consumption of antibiotics is often the reasons that put one at a risk of contracting a fungal infection.

A fungal infection becomes a challenge to treat since the Fungi can be difficult organisms to kill. For skin and nail infections, one can apply topical medicines to the infected area. To curb some serious kinds of fungal infections, oral antifungals may also be prescribed.

Fungal infections can affect almost anyone and learning about them can help in better diagnosis and early treatment.

How are fungal infections diagnosed?

There are various tests involved in the diagnosis of a fungal infection namely:

Blood Cultures: Blood cultures are often ordered by medical practitioners to detect the presence of bacteria or fungi in the blood, to determine the classification of the fungi present, and to guide treatment.

Fungal Tests: Fungal tests are often used to detect and diagnose a fungal infection, to help in deciding the course of treatment and to monitor the effectiveness of prescribed treatment.

In many cases the organisms may not even be identified. The healthcare practitioner prescribes combination drugs; topical and oral antifungals to treat these infections depending upon the fungal test reports.

Athlete’s foot is also known as tinea pedis and is a fungal infection affecting the foot. It can cause symptoms like peeling, redness, itching, burning, and can often result in blisters and sores. Athlete’s foot is a very common skin infection.

The fungus thrives and grows best in warm and moist environments such as shoes, socks, pools, locker rooms, and on the floors of public showers. It is a common occurrence in the summers and humid climates. People who wear tight shoes and who use community baths and pools are more susceptible to catching this fungi infection.

Symptoms of athlete’s foot may vary from person to person. However, common symptoms include:

• Peeling, cracking, and scaling of the feet skin
• Breaking down of the skin causing redness, blisters, or softening
• Itching and burning sensation

How Is Athlete’s Foot Diagnosed?

Not all symptoms like itching and scaling of the feet can be diagnosed at athlete’s foot. For better diagnosis of the condition, the doctor generally scrapes the skin and a microscopic examination is conducted to trace the evidences of the fungus.

Athlete’s foot is normally caused by a microscopic fungus that lives on dead tissue of the hair, toenails, and outer skin layers.

Athlete’s foot is treated using topical antifungal medications where in the medicine is directly applied on to the affected area of the skin. In case of severity, oral medications may be prescribed. The feet must be kept clean and dry to prevent recurrences since warm and moist atmosphere provide cozy homes to this fungi.

Jock itch, is a medical condition also referred to as tinea cruris. It is a common skin infection caused by a type of fungus called tinea. The fungus thrives in warm, moist areas of the body thereby affecting the genitals, inner thighs, and buttocks. Cases of Jock Itch are more frequently seen during the summer or in warm, humid climates. Jock itch is often seen as an appearance of itchy red colored rash that is ring shaped.

Jock itch is mildly contagious and can spread from person to person either through direct contact or indirectly through objects carrying the fungus.

What Are the Symptoms of Jock Itch?

How Is Jock Itch Diagnosed?

Jock itch can be easily diagnosed based on the appearance and location of the rash. Medical advice may be required to confirm the infection. A doctor usually confirms Jock Itch by finding out about the symptoms, medical history and on conducting a physical examination. In some cases a microscopic examination of the skin scales is also recommended to confirm diagnosis.

How Is Jock Itch Treated?

Ringworm is also known as tinea corporis and is a common fungal infection of the skin. It can appear on any part of the body and looks like reddish, circular flat sores. These symptoms are also often accompanied with scaly skin. In appearance the sore is slightly raised on the outside while the center may appear normal. Ringworm may look bothersome but is typically not a very serious condition.

Ringworm is contagious and can spread through a direct contact with the infected carriers, humans or animals. This form of infection can also thrive on clothing and furniture. Heat and humidity provide ideal atmosphere for the infection to grow and spread.

What Are the Symptoms of Ringworm?

Ringworm appears as flat, red, circular sores that can also be accompanied with scaly skin. There may be one or more patches of ringworm affecting the skin and in some cases there is also a possibility of an overlap. There are chances of having a ringworm infection with the red circular rash in which case diagnosis becomes difficult.

How Is Ringworm Diagnosed?

Diagnosing ringworm mainly depends on the appearance of the rash. The doctor may ask leading questions in order to conclude the source of the infection. Samples of skin scraping from the infected area may also be used for detailed microscopic examination for a confirmed diagnosis.

Treatment for ringworm normally consists of prescriped topical antifungal medications that are directly applied on to the skin. Most ringworm cases respond well to OTC creams like:
• Lamisil
• Micatin, Monistat-Derm
• Lotrimin, Mycelex
In severe cases where the topical medication is not enough, oral antifungals may be prescribed to complement the treatment.

Yeast infections of the skin are known as cutaneous candidiasis which is a medical condition caused by yeast-like fungi called candida. These occur when the yeast grows actively on the skin causing red, scaly and itchy rashes on the skin. Yeast infections do not spread and are hence not contagious.

Yeast infections can occur on any skin surface of the body, but are most likely to appear in warm, moist, creased areas including the armpits and the groin. Candida infection is a common occurrence among obese and diabetic people. People on antibiotics are also at a risk of acquiring this infection. Candida can also lead to a diaper rash in babies and is known to cause nail infections as well. Oral thrush is a type of candida infection affecting the mouth. Candida also cause to vaginal yeast infections.

What Are the Symptoms of a Yeast Infection?

Signs of yeast infection are generally found in the skin folds and mainly include:
• Rashes
• Patches that ooze pus like clear fluid
• Pimple-like bumps
• Itching or burning sensation
Signs of oral thrush found in the mouth region include:
• White patches on the tongue and inside of the cheeks
• Pain

How Are Yeast Infections Diagnosed?

To diagnose a yeast infection, a doctor generally carries out a physical examination and takes the medical history of the patient. The skin from the affected area may also be scraped for a detailed microscopic investigation.

The treatment of a yeast infection starts from first finding the type of infection to be treated. Yeast infections are generally treated using medicated creams and suppositories. Medicated lozenges and mouthwash are prescribed to treat oral thrush.

Top 7 Foods for Your Brain

7 Amazing Books That Will Boost Your Academic Writing

‘Wouldn’t have wished to meet them in these circumstances’: Arjun Kapoor...

8 Signs You’re In A Toxic Relationship And You Should Leave...