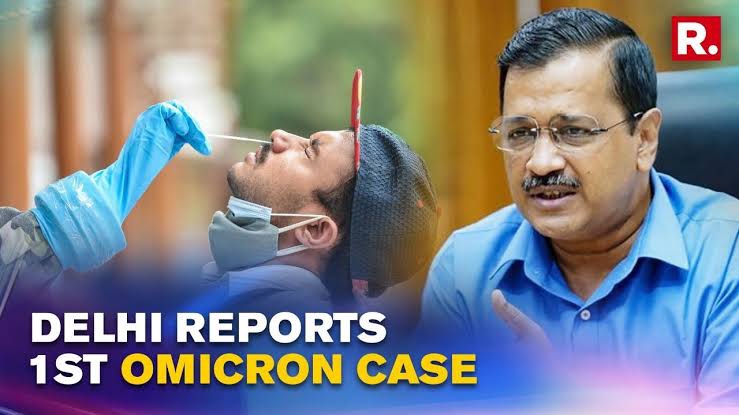 The first incidence of COVID virus variant Omicron in the capital was detected on Sunday, according to Delhi Health Minister Satyendar Jain.

He stated a patient at Lok Nayak Jai Prakash Hospital (LNJP) who had recently returned from Tanzania had tested positive for the virus’s most aggressive strain.

According to Health Officials, the patient had a sore throat, weakness, and body ache. The patient’s travel history is being compiled, and his contacts are being tracked.

According to Mr Jain, the Delhi government is testing all visitors from the impacted countries. “We’ve discovered 17 Corona positive instances so far, and all of these patients have been admitted to Lok Nayak Hospital,” he said.

In addition, 6 people who have had direct contact with the positive 17 cases have been admitted to the isolation unit, where they are being monitored and treated to the best of their abilities, according to the Minister.

All 17 patients who tested positive had their genomes sequenced so that the new ‘Omicron’ mutation could be confirmed in them.

So far, the genomes of 12 people have been sequenced, with one person from Tanzania being proven to have an Omicron variation, according to the original study. This is the first time an Omicron variety has been discovered in Delhi.

This is the fifth time the variation has been found in India. The first two cases of Omicron in India were reported earlier this week from Karnataka. On Saturday, the other two cases were discovered in Gujarat and Maharashtra.

The World Health Organization has classified Omicron, which was initially discovered in South Africa on November 25, as a “variant of concern” (WHO).

All COVID-positive international travellers are being admitted to the LNJP Hospital in Delhi, where they will be isolated and treated in a special ward.

European countries, including the United Kingdom, as well as South Africa, Brazil, Botswana, China, Mauritius, New Zealand, Zimbabwe, Singapore, Hong Kong, and Israel, have been recognised as “at-risk” by the Centre.

Passengers travelling from “at-risk” countries must undergo RT-PCR tests as part of the new regulations.

“People of Delhi need not panic,” Health Minister Mr Jain stated in response to the incident.

“Omicron is a variation of the Coronavirus, not a novel illness.” “It has symptoms that are almost identical to almost all of the last versions,” he added. The Minister went on to say that the treatment and preventative protocol is the same as before.

“With the number of Corona cases falling, people were not following COVID-19 guidelines, but now is the moment to be more cautious.” “Those who have not yet received the vaccine should do so as quickly as possible,” he advised.

How To Start A Blog in 2023 [Blogging Guide For Beginners]

50 Shades of Grey Actor Divorcing His Wife for Dakota Johnson