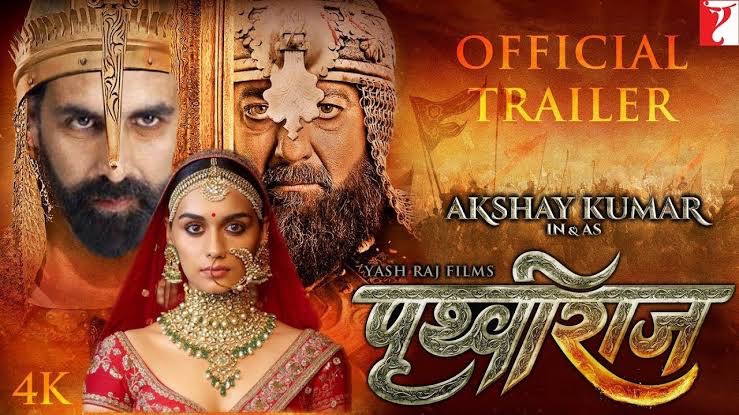 The film “Prithviraj” is based on the life of King Prithviraj Chauhan, who was daring and powerful. Akshay plays a warrior king who fought Muhammad Ghori courageously. Sanyogita is played by Manushi Chhillar, a former beauty queen.

Prithviraj Chauhan is regarded as India’s most famous and fearsome Rajput Warrior King, with a life and love storey to match. The teaser for the Bollywood flick was recently released on the internet. “Prithviraj,” starring Akshay Kumar, Sanjay Dutt, Sonu Sood, and ex-Miss World Manushi Chillar, was made in his honour. The trailer was recently made available on YouTube.

On Monday, Akshay Kumar released the teaser and revealed the film’s release date: January 21, 2021. Other characters played by Sanjay Dutt and Sonu Sood are also introduced in the teaser. “A wonderful tale of valour and dignity. I’m honoured to play #Prithviraj Chauhan’s Samrat. On January 21, 2022, only at a large screen near you, celebrate #Prithviraj with #YRF50 “Akshay Kumar sent out a tweet.

The historical film “Prithviraj,” starring Akshay Kumar, is being directed by Chandraprakash Dwivedi, who is well known for his TV series “Chanakya.” Dwivedi claims that the plot of his film is based on the epic poem “Prithviraj Raso.”

“Prithviraj is also heavily influenced by mediaeval literature, particularly the renowned poet Chand Bardai’s epic ‘Prithviraj Raso.'” Apart from a few different versions of ‘Raso,’ there are numerous literary works about Prithviraj, his life, and times. “In addition to these, there are ‘Raso’ commentary,” Dwivedi explained.

I Love Quotes, Girlfriend and Boyfriend Quotes About Love

Things You Should Know About Maternity Pads