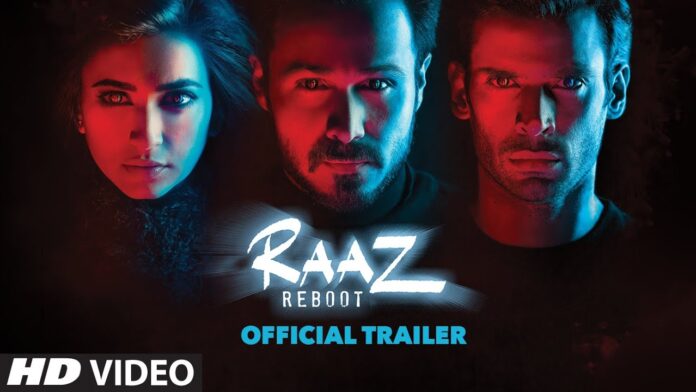 Raaz Reboot is a 2016 Indian film written and directed by Vikram Bhatt. It features Emraan Hashmi and Kriti Kharbanda in the lead roles. The film is the fourth instalment in the horror film series, Raaz. Here is Critics review about Raaz Reboot below:-

Raaz Reboot might still go on to make money, like its predecessors in the franchise. But do we as the Indian audience need to assaulted with such banal, comical horror every single time the Bhatts have some money to make a film? Nope. So if you still go ahead and spend money on a movie like this, you DESERVE more movies like these. And thou shalt not complain about the poor state of horror movies in India. Thou absolutely shalt not.

The fourth edition of the Raaz series takes us to Romania, specifically Transylvania, just so the caretaker of a large house can intone: yes, this is Dracula country. Instantly, you want to look out for skulking fellows in black robes, empty eyes, and bloody fangs. Instantly, you are all prepared to shiver and shudder. Instead, you shake with laughter that is entirely unintended.

If you have a dark past in Romania, what’s the one place on earth you avoid going back to? Romania, right? Yet our brooding, intrepid hero, the generically named Mr Rehaan Kapoor (Gaurav Arora), takes a job in Romania. And signs on for five years. If you’ve already started with the slow claps, wait. There’s so much more. Raaz, director Vikram Bhatt’s genre-bending series masquerading as horror, but providing laughs since 2002  does not disappoint in its so-called Reboot

The Challenges of Caring for Parents with Dementia