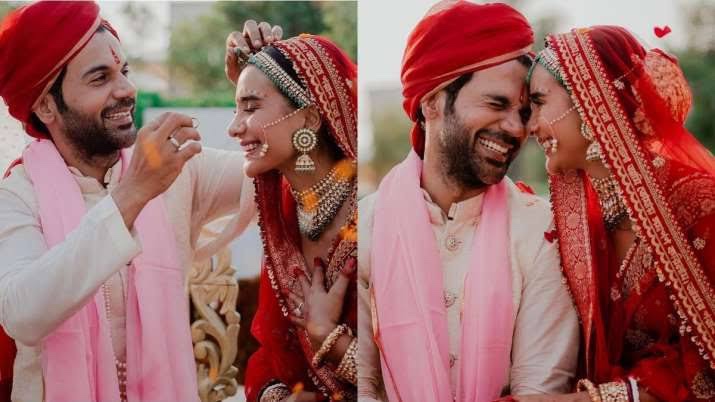 Even though the year 2021 is concluding, the Shaadi season is still going strong. All eyes were set on Vicky Kaushal and Katrina Kaif, who flew out of Mumbai on Monday and arrived in Rajasthan for what is expected to be one of the year’s biggest celebrity weddings. Katrina Kaif and Vicky Kaushal married this week at Sawai Madhopur’s Six Senses Resort, Fort Barware. According to reports, they conducted a sangeet on December 7, a Mehendi ceremony on December 8, and the wedding itself on December 9.

Here’s a look back at some of the other celebs who tied the knot this year, ahead of the much-anticipated Katrina Kaif-Vicky Kaushal wedding.

Both the bride and groom wore Sabyasachi clothes to the ceremony. Rajkummar and Patralekhaa married in a traditional ceremony with only their family and close friends in attendance, after dating for 11 years.

Aditya Dhar and Yami Gautam – On June 4, actress Yami Gautam married filmmaker Aditya Dhar. Aditya Dhar is most known for directing Uri: The Surgical Strike, a 2019 film in which Yami played an undercover RAW agent. Almost everyone was taken aback when the pair announced their wedding on Instagram. “We celebrated this wonderful occasion with our immediate family because we are very private people,” they said in a joint statement.

Aditya Dhar, a filmmaker, and actress Yami Gautam shared their wedding photos on Instagram, and the entire nation was enthralled by their simple wedding. On June 4, the pair married at Yami’s farmhouse in Mandi, Himachal Pradesh.

On January 24, actor Varun Dhawan married his childhood sweetheart, Natasha Dalal, in an intimate ceremony, kicking off the year of celebrity weddings. With Covid-19 protocols in mind, the couple married in Alibaug with a small guest list. Varun Dhawan commented on Instagram, “Lifelong love finally become official,” while posting two gorgeous photos from his wedding album.

Exercises You Can Do During HCG Diet