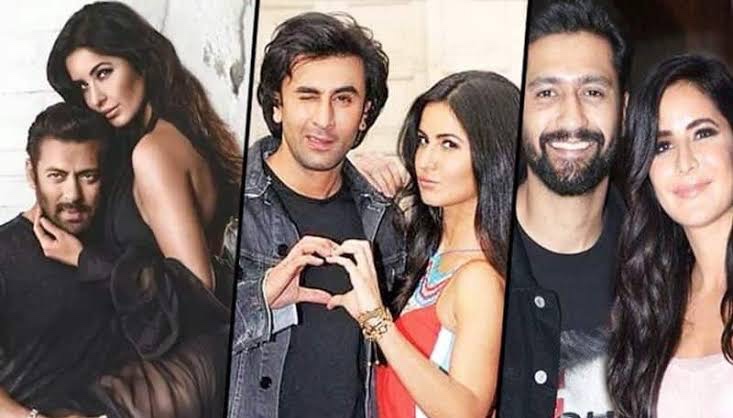 Bollywood romances are frequently in the news, especially when the actors involved are two of the most sought-after in the industry. The Vicky Kaushal-Katrina Kaif rumoured affair, for example, attracts more attention because neither celebrity has confirmed nor denied the news publicly.

In 2019, the two were even seen together at an awards ceremony. Kaushal has also been photographed visiting Kaif’s home on several occasions. “I’m aware that the paparazzi are doing their job. I also understand that because we are public figures, people are interested in our personal lives. That’s reasonable. But it’s entirely up to me whether or not I want to share. I’m not sure I’m ready to share details about my personal life. In the Mid-day interview, Kaushal stated, “It’s important to me that I guard the good things.”

The two Bollywood beauty hotties, who sparked dating rumours when they had attended some Diwali parties together, are reportedly planning to take their relationship to the next level. Furthermore, Anil Kapoor’s son, Harsh Vardhan Kapoor, had made a timely statement about the rumoured couple, which had become the hottest talk of the town.

Harsh had appeared on Zoom’s show “By Invite Only Season 2” show, where he discussed Kat and Vicky’s relationship. He spits off his tongue in a funny segment, saying, “Vicky and Katrina are together; it’s true.” “Am I going to get in trouble for saying this?” the actor asked shortly after. “I’m not sure.” Soon after, fans were ecstatic to learn of the news, and the hashtags #VicKat and #VicKat were trending on Twitter.

Their romance is one of Bollywood’s worst-kept secrets. How can you hide the relationship if you are frequently seen together at parties, weddings, and outside each other’s homes, but no one has ever confirmed it. Until now, that is.

In a 2019 interview with the Indian daily Mid-Day, Kaushal was asked if he was dating Kaif. The actor from ‘Bhoot Part One: The Haunted Ship’ revealed uncomfortable talking about his personal life. He didn’t say anything about Kaif in particular, but he did respond cryptically about dating.