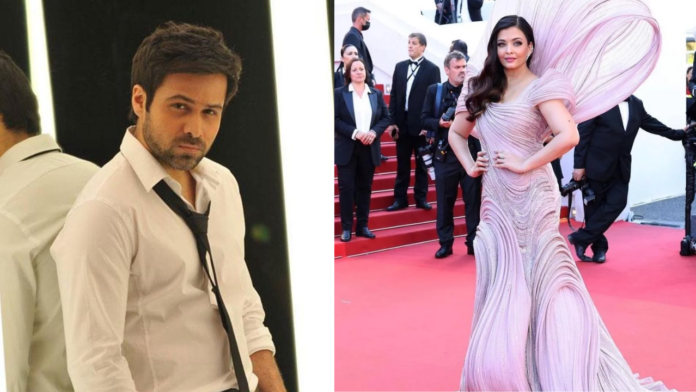 The reason why Emraan Hashmi and Aishwarya Rai Bachchan will not be starring together in Baadshaho is because of a statement made by Emraan in Koffee with Karan season-4 in a rapid fire round along with Mahesh Bhatt. In a rapid fire round when Karan asked name any one Bollywood celeb who resemble plastic, very quickly Emraan took the name of Aishwarya Rai.

While we thought that its been years so both the parties would have moved on. But we were thinking wrong. Aishwarya was one of the first actresses to be approached for Milan Luhtria’s Baadshaho, which stars Hashmi contiguously Ajay Devgn. However, she reportedly turned down the role bearing in mind she found out that several of her scenes would be opposite Emraan Hashmi. Sources claimed that the actress hadn’t forgotten the “plastic” jibe he’d levelled at her.

Nowadays, Emraan Hashmi is seen promoting his upcoming movie Raaz Reebot. When media took the topic of Aishwarya rejected the project as she dint wanted to work with him because of the statement the made in koffee with karan.

Emraan answered, “I don’t know who was approached for the role of the leading lady but it’s like going back into history… that (the remark on Koffee With Karan) was two years ago. The statement was made in jest and it’s all for the hamper [laughs]. I am a big fan of Aishwarya Rai and if I meet her I will definitely apologies because there was nothing personal (to it),

He adds with a laugh, Karan just nudges you and makes you say these things. To win a hamper makes you greedy and makes you do such foolish things. He continues, I have no idea whether she refused the film because of my statement that only the makers and people who approached her know. Lot of actors are approached for a role. I haven’t had the chance to meet her. She would have forgotten this incident but obviously she was reminded of it because of articles in newspapers.

Below is the video where Emraan said Aishwarya ‘a plastic’.

Wild Escapades from Bangalore this Winter

7 Ways To Deal With Breast Cancer