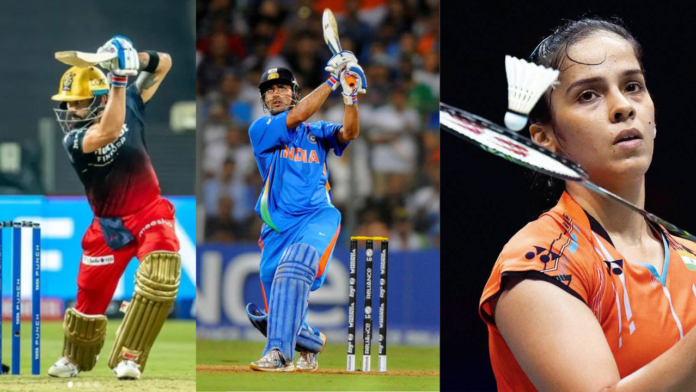 Virat Kohli is an Indian international cricketer who currently captains the Indian team in Test cricket and is its vice-captain in limited-overs formats His Advertising campaigns include: Adidas, MRF, P&G, and Pepsi.

Sania Mirza is an Indian professional tennis player who is currently ranked No. 1 in the women’s doubles rankings. Her Advertising campaigns include: Adidas, Wilson, Ven Cobb Chicken and FabB

Mahendra Singh Dhoni is an Indian cricketer and the current captain of the Indian national cricket team in limited-overs formats. His Advertising campaigns include: Reebok, Pepsi, TVS, Boost, Aircel, Siyaram and Orient Fans.

Saina Nehwal is a professional badminton singles player from India. Active since 2004 at the international circuit, Nehwal, the former world no. 1, has maintained her world ranking in the top ten since 2009. Her Advertising campaigns include: Yonex, Kellogg, Herbalife, Emami, Sahara, Indian Overseas Bank, Iodex and Commune Builder.

Shane Robert Watson is a former Australian professional cricketer. He played as a right-handed batsman and a right-handed fast-medium swing bowler. His Advertising campaigns include: Gunn & Moore and TAG Heuer.

Home Remedies That Can Help To Control Diabetes